How to Add or Remove OpenStack Hardware Nodes

OpenMetal Private Clouds can have hardware nodes added to them, increasing the available compute and storage resources to your cloud. Similarly, hardware nodes can be removed should resources no longer be required. In this guide we explain best practices when selecting new hardware nodes for your cloud. Next we cover how to add nodes, which types of nodes you can add, and the process for removing nodes from your cloud.

In this section we outline the types of clouds offered, the types of nodes you can add to your cloud, and best practices when choosing hardware for your Private Cloud. Additionally we explain conditions under which your cloud's Ceph cluster is affected when adding hardware.

We currently offer three server sizes for our Private Clouds as seen in the following image: 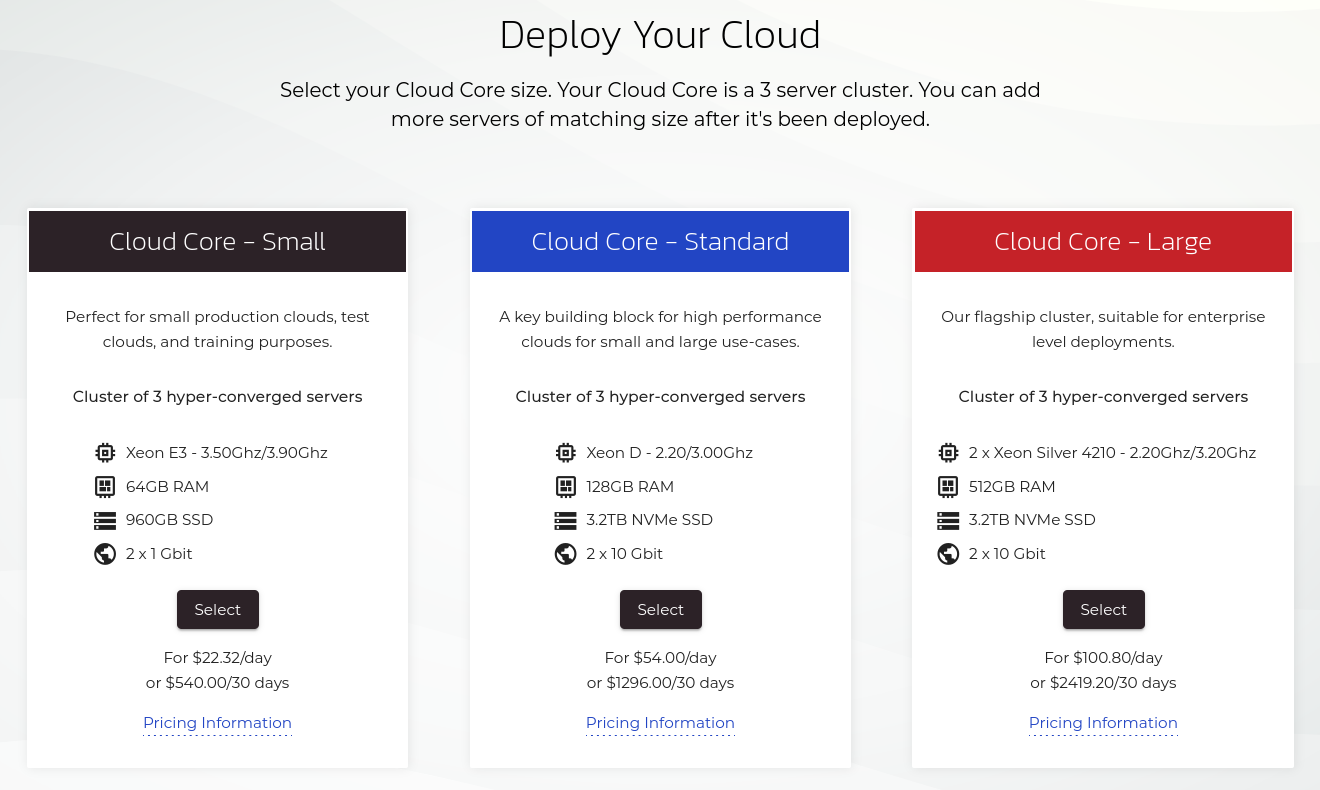 The following are the types of nodes that can be added to a cloud.

The Benefit of Homogeneous Clouds​

By default, Private Clouds are hyper-converged and include a Ceph deployment. Generally speaking, Ceph is only as fast as your slowest node allows, though there are caveats to this. Ceph could be impacted by the type of nodes added to a cluster due to potential differences in hardware, such as performance disparity between storage provided by HDDs, SSDs or NVMes. Having a homogeneous cluster of similarly equipped nodes will have the best results in terms of performance and data density. Additionally, while you can add any hardware node to your cloud, the Network Interface Cards (NICs) for each designation of node may have a different maximum throughput. If a node with a 1Gbit NIC is added to a cluster with nodes having 10Gbit NICs, the internal network traffic is limited by the additional node.

Adding Hardware Nodes to a Cloud​

In this section, we explain the steps needed to add hardware nodes to your cloud.

The following demonstrates adding a Storage and Compute - Standard node to a Cloud Core - Standard cloud.

How to add a Hardware Node​

The next screen presents you with a list of available hardware nodes as can be seen in the following screenshot.

Hardware specifications and the cost per day are listed with each available offering.

Select the appropriate hardware node for your cloud. To add a new hardware node, select the Add button associated with the node type you would like. Next, specify the amount of nodes to add from the drop down.

After choosing the number of nodes to add, confirm the additional hardware. 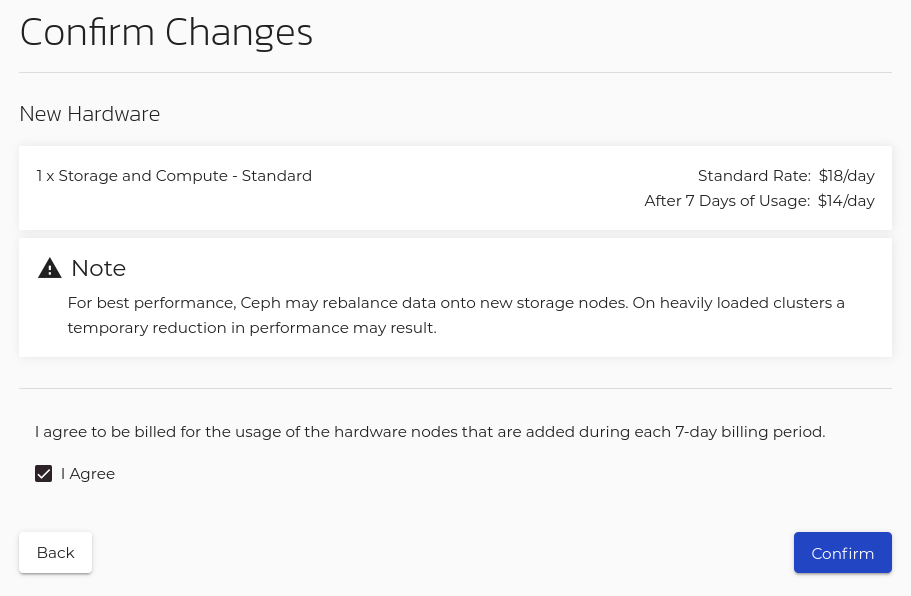 After the system processes the request a success message is returned as can be seen below: 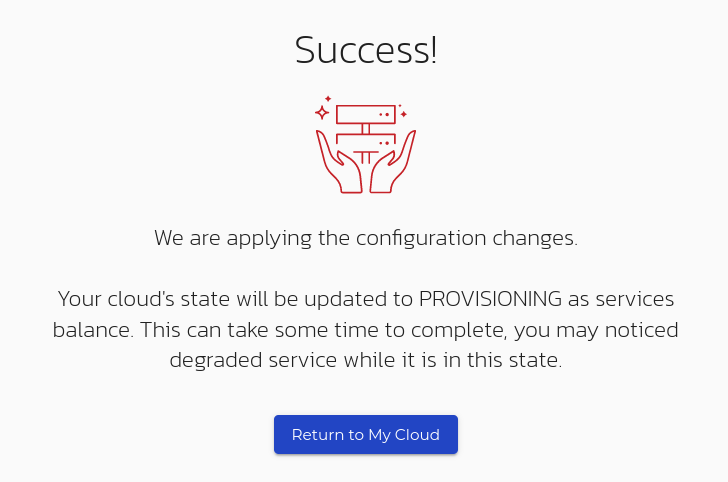 Note -- Adding a hardware node can take around an hour to complete. An email is sent to the primary account's address when complete.

Should you navigate back to your cloud's assets page, you can visually confirm the additional node by inspecting the hardware associate with your cloud. In this example, there is a red dot next to the newly added node, indicating it is still being added to the cloud.

An email is sent to your account upon successfully adding this node. Navigate to your cloud's assets page to confirm the newly added node.

Removing Hardware Nodes from a Cloud​

In this section, we outline the steps required to remove a hardware node from your cloud.

For example, in the following screenshot, the first three nodes are control plane nodes:

The last node, classified by Storage and Compute - Standard is not a control plane node, meaning it does not run all the core OpenStack services.

Our support will review your request to ensure requirements are met prior to removal.

How to Remove a Hardware Node from a Cloud​

To remove a hardware node from a cloud a ticket must be submitted with the request through OpenMetal Central. Specify the hostname or IP address of the node you wish to be removed and an agent will review the request.